Have you guys tried ZUPA NOMA soups yet? If not, we highly recommend heading over to their store locator, or ordering online. Katherine and I have a handful of brands in the natural food space that we adore, and ZUPA is definitely our latest crush. Let me explain.

I fell in love with the idea of soup as a beverage a few years ago, just after Bare Bones started, because we realized 90% of our customers were drinking the broth warm like a tea or coffee, instead of cooking with it. It’s fascinating to me that cooking stock, of all the soup formats, would be the impetus for changing the way consumers view and consume soup.

Soup has historically been considered a “slow” food, not a convenient food, and as such is often invisible to us in our fast-paced world. This is because the format, communication, and well, ingredients, are all wrong. Bone broth is nothing new, but do you know what the impetus was for its reemergence? It took visionary chef Marco Canora serving it in coffee cups to-go via a pedestrian drive-thru window at his NYC restaurant, Brodo. Changing the format to something we’re all familiar with, tea and coffee, and communicating the health benefits of soup, paved the way for the idea that soup can, and should be consumed daily, not just when we’re sick or chilly.

So, in celebration of another soup visionary, ZUPA NOMA, the #januarywhole30, AND the fact that January is #nationalsoupmonth, we were beyond excited to collaborate with ZUPA to create a few simple, Whole30 compliant superfood soups that can be sipped warm or cold, in a mug, or in a bowl. Keep an eye out later this month for another ZUPA + Bare Bones superfood soup.

In a small sauce pot, combine all of the ingredients and bring to a simmer
Remove from heat, blend and serve in a bowl topped with crushed red pepper
Sip & enjoy! 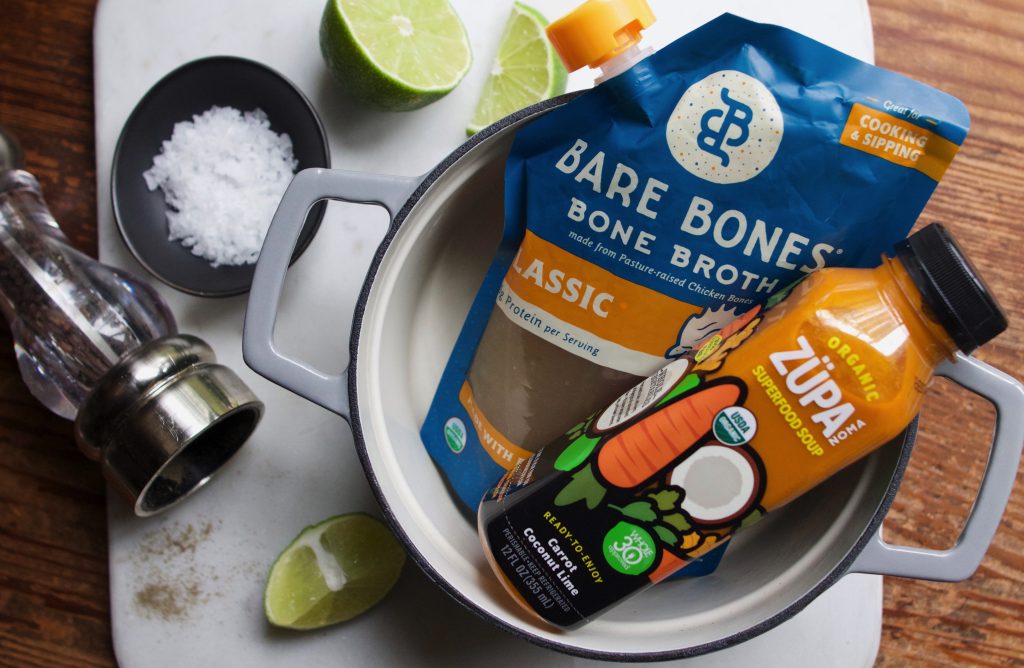 10 Recipes for Keto Cookies You Need to Try ASAP