Our Story: The good, bad and ugly

Bare Bones Broth has boiled at certain points and simmered at other moments, but we wouldn’t trade it for the world.

As we transition our line of ready-to-eat bone broths from frozen to shelf stable this month, we also celebrate our 4th birthday! Can you believe it? We can’t. It’s been four years since I fired up my home stove to cook the first ever batch of Bare Bones broth. What a wild ride it has been. As Katherine and I reflect on these past four years and look back on all the wonderfully amazing things that have happened for us personally and professionally, we wanted to thank you from the bottom of our hearts, and share our story.

It’s been quite a journey, and it wouldn’t be possible without you so we felt that we owe it to you to share the good, bad, and the ugly details of this crazy journey we’re on. 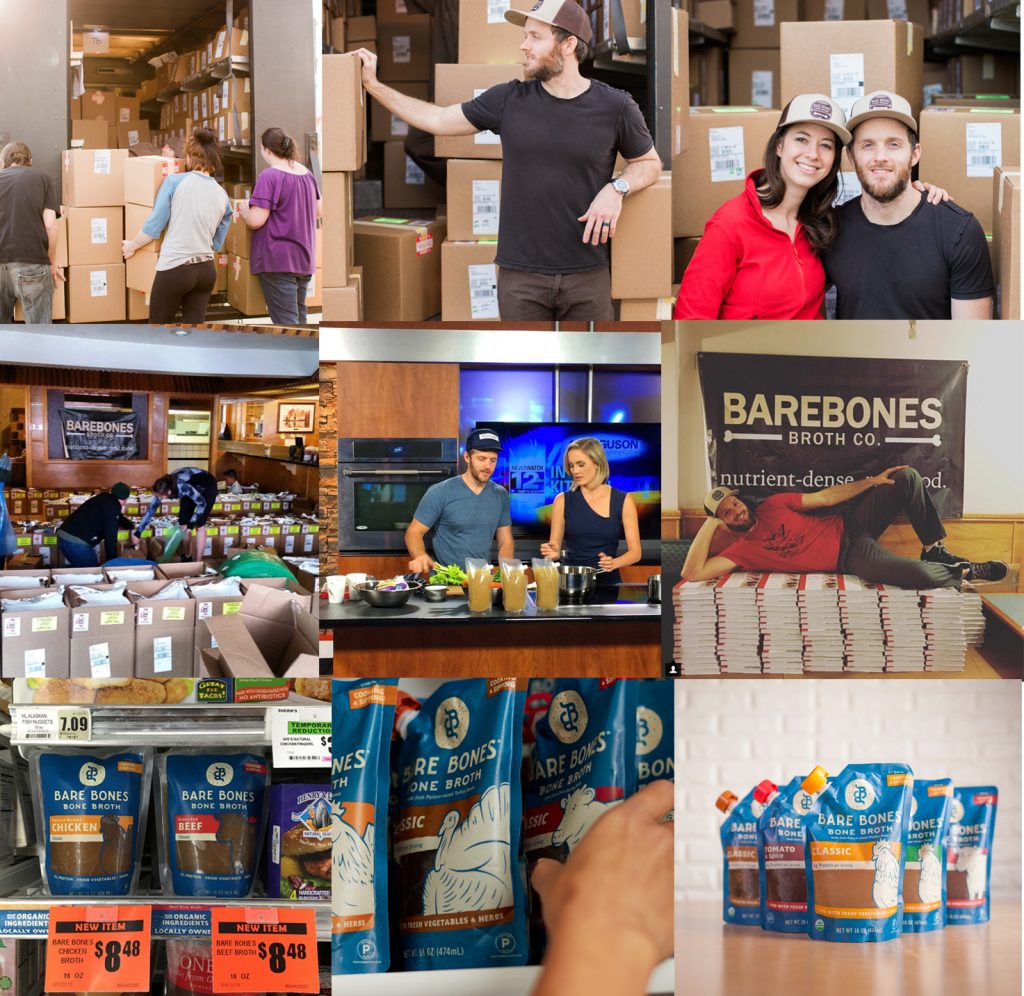 Maybe you’ve been here since day one, when I was literally making broth out of my home kitchen, in a pot so big that it covered all four burners. Yes, we fired up all four burners, and it was glorious. We may have permanently ruined that stove, but it was worth it. I would drive to the best butcher in San Diego, The Heart & Trotter, to buy up a month’s worth of their grass-fed beef bones and scraps. I would meet people in random, dimly lit parking lots to exchange cash for broth. Yes, this really happened, on more than one occasion. I always found this humorous, because I believe in food as medicine, so always joked I was making a drug deal….badoomch.

There was this one time we awoke in the morning to discover it raining inside of our house. No really, it was raining. Raining broth. How, you ask? Well, you see, when simmering a 100-quart pot of liquid overnight in a small space, you need to crack the windows to allow the condensation to escape. We did not crack the windows and woke up to a ceiling saturated in broth that was raining down upon us and all of our things.

We graduated to a shared commercial kitchen in San Diego, and when we outgrew that, we couldn’t afford our own kitchen here in San Diego, so within 30 days we uprooted our life and moved to a tiny town in Oregon where we could afford our own dedicated kitchen. It was an old sushi restaurant, that we converted into a mini broth factory. And it was beautifully scrappy.

Most people don’t know this, but at that time I was still cooking part time and Katherine was working full time as a business journalist. When we decided to move, Katherine and I both quit our jobs and went full-time with Bare Bones as we headed north into the unknown. We had just closed a book deal with Harper Collins to write The Bare Bones Broth Cookbook, but hadn’t received our advance yet, so we literally had no money to take such a huge risk. But we did. We did it together, in faith, and have never looked back.

Shortly after arriving in Oregon, Katherine and I were in an accident that totaled her car. I had to sell my car just so we could pay bills and eat. Meanwhile, we were learning by trial and error how to work together and be married (and how to separate the two), hire employees, legally relocate a business, and write a book. We had only been married 6 months at this point. So, in our first year of marriage, we quit our jobs, relocated to a new state, wrote a book, closed an angel round of funding, and grew Bare Bones by over 300% year over year. 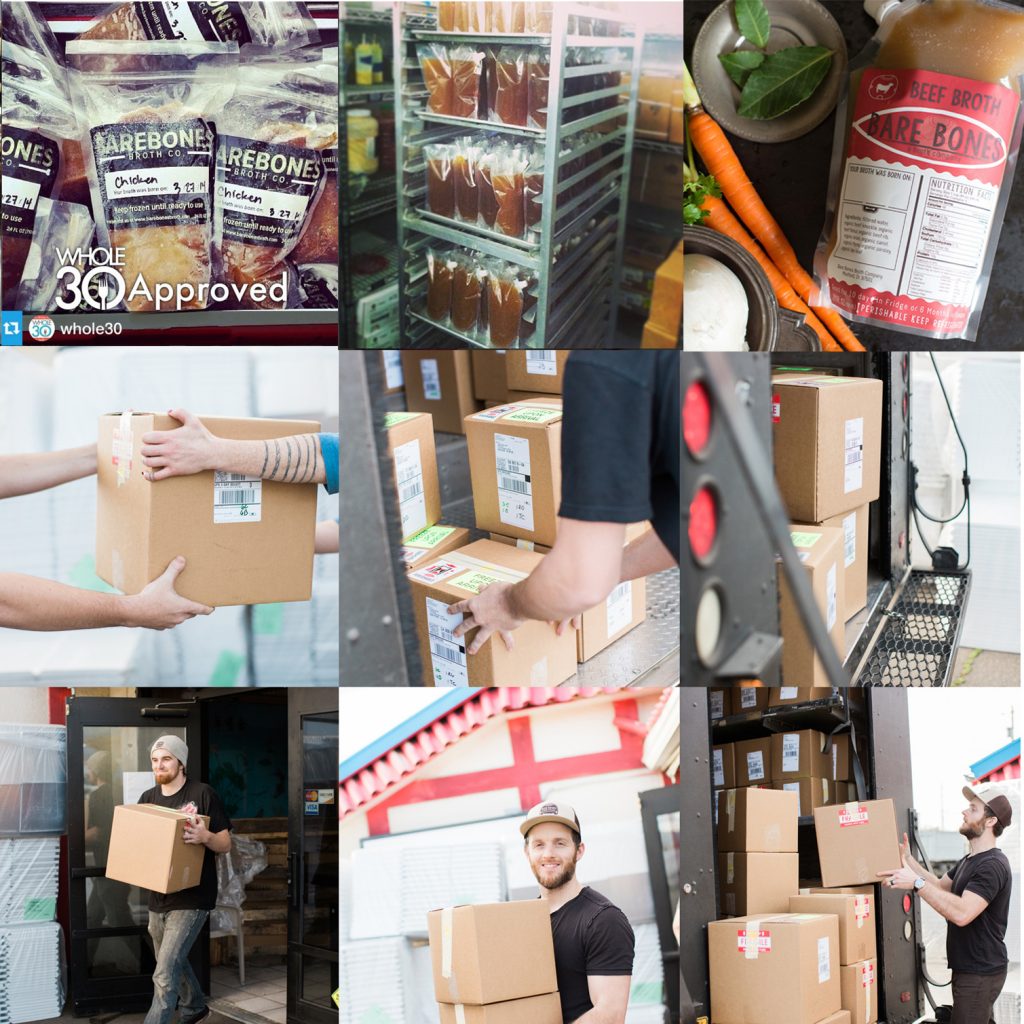 The Dream That Drives Us

Why am I telling you this story?

Because we wouldn’t be here without you, our loyal, supportive, patient and kind fans. Did I say patient? Katherine and I have always wanted to build something that makes a difference in the world. A difference in the way people eat, and how people eat. We want to make food with integrity, that nourishes our bodies and warms our souls, that you can feel good about because you trust that we’ve done the legwork of sourcing the best ingredients and preparing them with care. We wanted to create a brand people can connect with, because we’re really just two passionate people who show up each day hoping to make a difference. 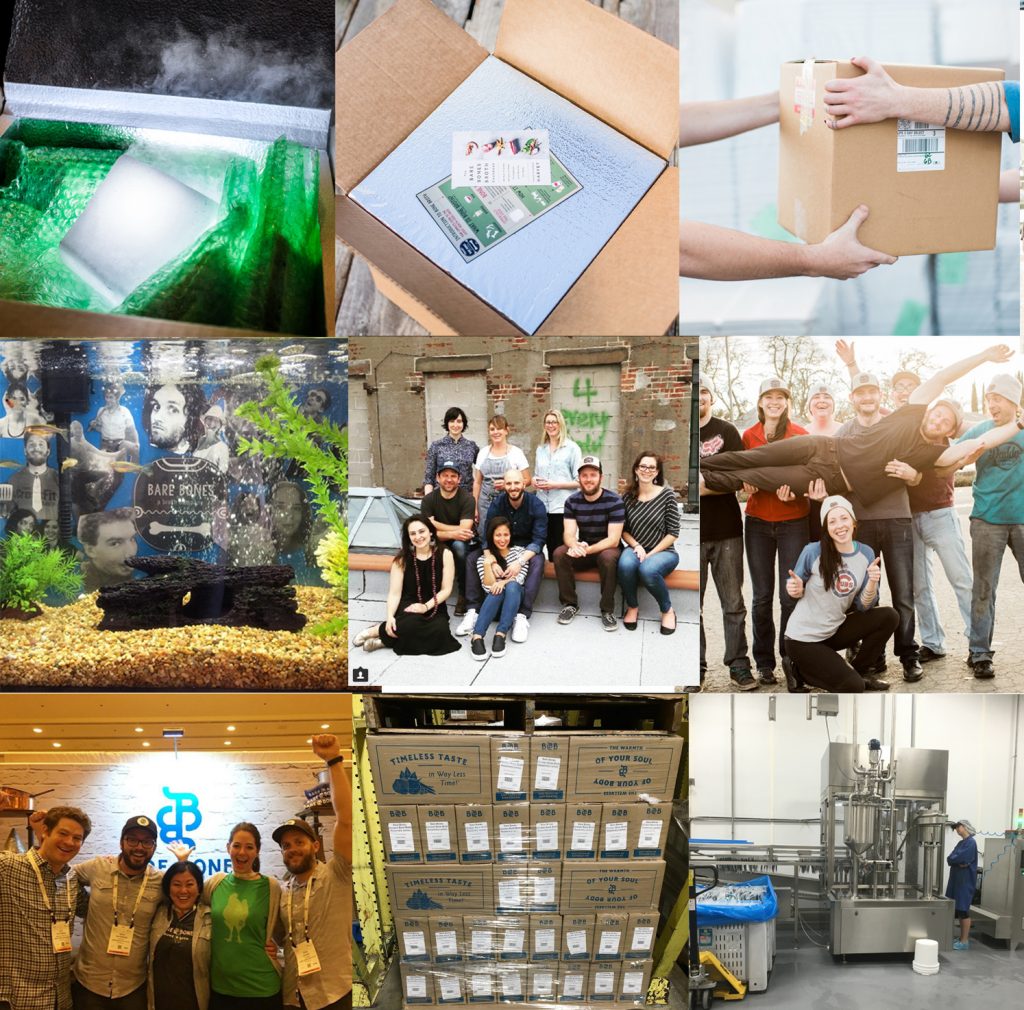 Romantic? Not so much

I also tell this story because prior to starting Bare Bones, I had been hardcore romanticizing the idea of being an entrepreneur. I wanted so badly to create my own food products and my own brand that represented my values, and I would spend a lot of timing dreaming big. It hasn’t been easy on us, or our marriage, and I’d be lying if I told you there weren’t times we considered giving this up for a steady 9-5, with benefits, work we can leave at the office, and more sanity.

I could go on and on about broken freezers, the day we showed up to our kitchen and the roof was gone, and all the mistakes we’ve made along the way but I’ll spare you.

The thing about creating something that embodies your values and then putting it out into the world, is that it never sleeps, it’s lonely, it’s always there hovering over you with a never-ending list of to-do’s. But at the end of day when we finally lay our heads down, we can look at each other with 100% confidence in each other and what we’re building together.

So, if you’re on the fence about building something you’re passionate about, get started. Don’t overthink it. Put one foot in front of the other to get your idea out into the world for people to experience tangibly. People are everything. Listen to them, learn from them, adore them, thank them often, and eventually you’ll be running full speed, fueled by them. 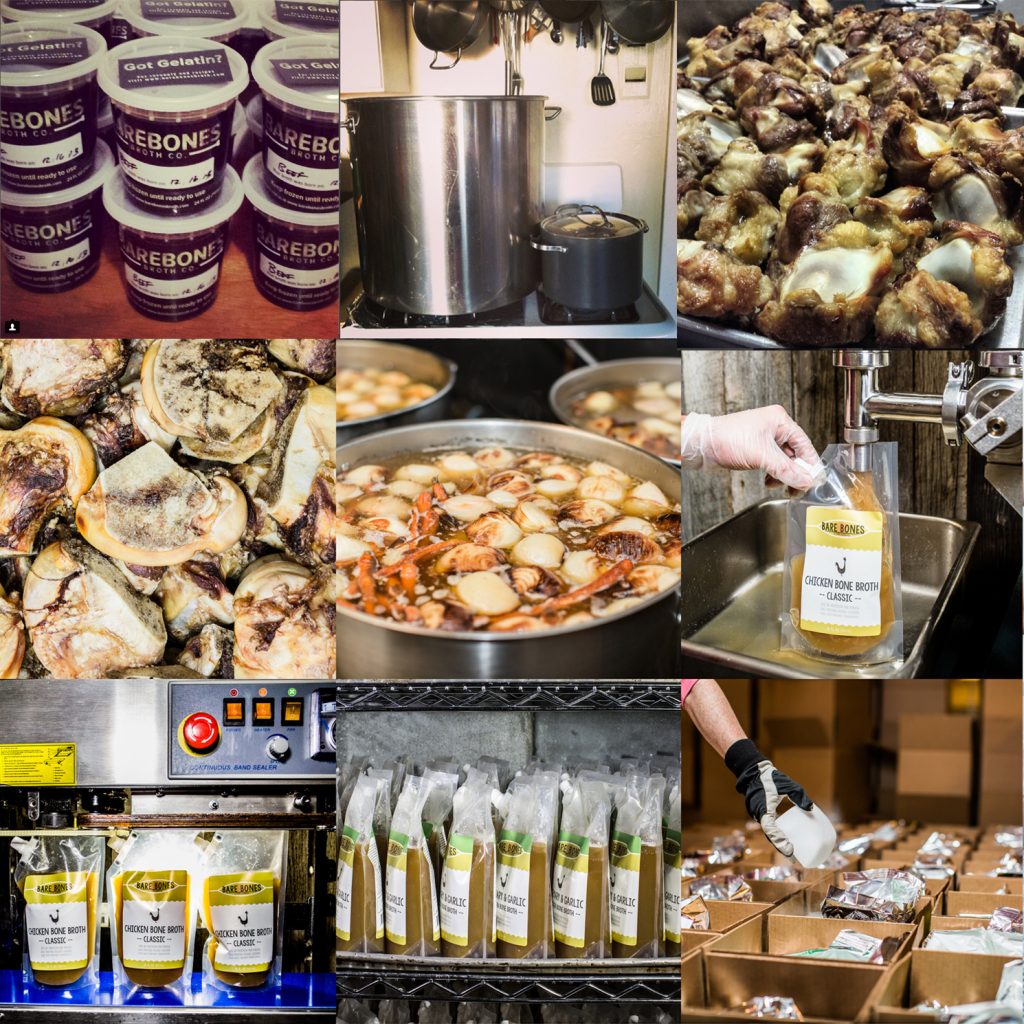 8 Replies to Our Story: The good, bad and ugly

A Leaky Gut Diet: Top 5 Foods to Eat and Avoid